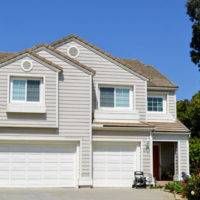 If you and your spouse have decided you want to purchase a house together, the last thing that either of you will probably want to bring up is how the house would be handled should either of you decide that you no longer want to cohabitate. As an unmarried couple, you may even think that you don’t need to discuss protecting your respective assets prior to jointly purchasing a home. However, according to the Institution of Marriage and Family, relationships that begin with cohabitation are almost twice as likely to end than those that began with marriage, regardless of whether they eventually marry or not. Therefore, you should consider this scenario as discussing this at the outset can save you from dealing with a major issue later on.

The Recent Case Spotlighting When Equal Shares Are Not Equitable

In the recent 2018 case of Kamermans v. Gabor, the Ontario Supreme Court of Justice had to contemplate how proceeds should be divided from the sale of a house purchased jointly by a then-cohabiting couple. The issue before the Court was whether the Respondent, who contributed the entire down payment toward the purchase of the home in which the parties had resided as common law spouses, was entitled to receive that down payment “off the top” from the proceeds of sale of that home, with the balance to be divided equally.

After initially beginning to live together in September 2008 when the Applicant and her children moved in with the Respondent, the then-couple purchased a new home as joint tenants in July 2010. The Respondent was solely responsible for the down payment and submitted a payment of approximately $70,461 from the proceeds of the first home which he had solely owned. The parties obtained a mortgage for the balance of the purchase price and took title as joint tenants. By both accounts, the house was in terrible condition upon purchase and eventually required thousands of dollars in renovations which the Court determined was an equally shared expense, as were living expenses.

The Court discussed the fact that the Respondent could have undertaken a cohabitation agreement that would have protected his down payment and noted that there was no such agreement in place. However, the Court ultimately agreed with him that his ex would be unjustly enriched if the entire proceeds of sale were divided equally. Thus, the Court awarded the Respondent the same percentage of the balance of the constructive trust holding the remaining funds from the house sale as what was proportionate to his original contribution.

Establish the Rules Before You Buy

The Kamermans case represents a favorable outcome for the half of the former couple that failed to initially protect his investment, but the outcome could have easily been the opposite result. This is why it is so important to discuss your plan to jointly purchase a home as half of a cohabitating couple with an experienced family lawyer before you actually purchase the home.

Deciding in advance in that the house must be sold if either partner ends the relationship can avoid numerous issues down the road if you happen to separate. Similarly, you can agree to stipulate that each of you will get back your initial contribution.

Are You Considering Purchasing a House as Part of a Cohabiting Couple?

Then it is imperative that you obtain competent legal help before you undertake any further steps toward the purchase. We can help formulate a cohabitation agreement for you and your spouse that will ensure that your respective assets are protected both now and in the future. The Mississauga family lawyers at Zagazeta Garcia LLP have significant experience helping people like you figure out how to understand exactly how cohabitation can affect the financial security we all work hard to obtain. Contact us today to schedule an appointment so that we can begin helping you with your future.