Reunification Therapy and the Court 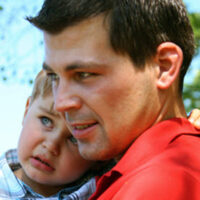 While a separation or divorce would not affect other relationships in an ideal world, the reality is that the relationship between a parent and his or her children may become strained after separation from a former partner. And while tension can develop from extended time apart or a shortage of the time actually spent together, the resulting harm can be especially profound when one parent deliberately alienates a child from another parent. To combat this, there is a treatment known as reunification therapy. Reunification therapy is a form of counseling that targets estranged parents and children and is intended to reintroduce a parent and child to one another with the help and guidance of an experienced therapist. The child custody lawyers of Zagazeta Garcia LLP are very experienced in helping parents determine whether reunification therapy could be a useful tool in child custody disputes.

The Ontario Superior Court of Justice addressed this question in the 2018 case Leelaratna v. Leelaratna. In that case, the husband returned home from a trip overseas to discover the wife and the child they shared had moved out of the matrimonial home. The next day, the father received a lawyer’s letter notifying him that his wife had separated from him after almost twenty years of marriage. The father immediately retained counsel and saw his son at two visits at the boy’s school shortly thereafter. Following the second visit, the father was quickly advised through counsel that the child did not wish to have visits with him and that he was anxious and upset with the idea of spending time with his father. The father then immediately filed an application before the court seeking a shared parenting arrangement and other relief for the child who was now 12 years old.

Unfortunately, the twice-weekly access visits between the father and  son did not go well, and the child showed strong resistance to participating in them. While the court found that the child experienced anxiety, it was unable to determine whether, as alleged by the father, the mother was the cause of that fear as a result of her alienating  behaviours and lack of support for the father-son relationship due to  contradictory and untested evidence. What was clear was that imposing more access with the father in these circumstances would likely lead to a further deterioration of the relationship with the child and the court determined therapeutic assistance was needed.

But did the court have the jurisdiction to make a therapeutic order requiring the parents or the child to engage in these various types of counseling, including “reunification therapy”?

Yes, as a part of the best interest of the child standard. Interestingly, while the court noted the importance of the child having a voice in this process, it also determined that did not mean he needed to have a choice. The court rationalized that at his young age, the child was unlikely to be capable of fully grasping the long-term repercussions of terminating his relationship with his father.

Allow Us To Help.

Whether you are a parent who is currently experiencing being alienated from your child or you simply suspect that you would be in the event that you separate from your partner, you will need the help of the right legal team to get you on the right path. As the Mississauga child custody lawyers at Zagazeta Garcia LLP, we offer the experience and compassion you can rely on to help you create a plan that maximizes your chances of reuniting with your child. We have helped many people in similar high-conflict situations and we can begin helping you as soon as you reach out to us today.