It was recently announced that Prime Minister Justin Trudeau is putting in motion the steps to suspend international student travel to Ontario in response to what was stated to be the province’s request for this. Interestingly, the premier’s office later said they did not make a formal request for the federal government to halt… Read More » 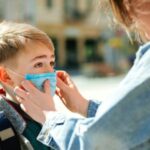 More than a year into the pandemic, COVID-19 has become a source of daily conversation. It continues to be a factor in our choices of everything from where we go to who we interact with. During a time when interactions continue to be limited, anyone who splits time with their kids with a co-parent… Read More »