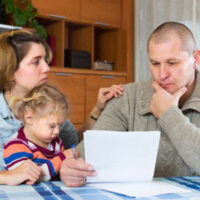 Do you find the different types of custody to be confusing? You have likely heard of terms like “sole custody” and “joint custody” and there is a good chance that you have some idea of what they mean. However, the term “parallel custody” is probably less clear, especially because it sounds a lot like joint custody. Even lawyers have a hard time understanding the various terms, so it is no surprise if you have struggled with the terminology while trying to figure out how to successfully co-parent with an ex.

If you are in a situation in which you and the other parent of your children struggle to get along, parallel custody may be a useful tool in fulfilling the best interest of your kids.

What is Parallel Custody?

With parallel custody, the decision making is divided between both parents. The purpose of parallel custody is to minimize the need for the parents to communicate while concurrently allowing both parents to remain highly involved in parenting. The idea is that disengaging from the other parent with as little conflict as possible can help ensure that your children grow up in a healthy environment.

What is the Recent Case That Addressed Parallel Custody?

The Ontario court recently addressed the basic elements of both joint custody and parallel custody in the recent decision Lall-Persaud v. Persaud. The father in that case wanted a parallel-parenting plan and equal access to their young son, who lives primarily with his mother and attends kindergarten in Mississauga. The mother wanted sole custody and argued that equal access was not in their son’s best interests.

Addressing the relevant background, the couple in that case married in 2014 and separated a short time later. Both parties had great difficulties adjusting to their new life and each accused the other in court of not being a good partner. Their conflicts culminated in a fight where the police were called but no charges were laid. Following their separation after the fight, the mother had been the primary caregiver of their child, but the father was actively involved in their son’s life. The court had to determine the issue of custody and the specific form it should take.

The court initially noted that for a joint custody order to work, coparents must be able to communicate and cooperate. In this case, joint custody was unrealistic in light of their existing level of conflict. The court then considered the father’s request for a parallel parenting arrangement and noted that there are many benefits to a parallel-parenting order in appropriate cases. The court also emphasized that the key issue in determining whether a parallel custody agreement is appropriate is the best interests of the child, not whether the parents have rights. It also considered governing factors such as evidence of alienation by one parent and the existence of any form of abuse. Ultimately, the court determined that this was the best, most appropriate solution in  this case, and that it would be in the child’s best interests to grant this kind of order.

Are You Wondering Whether a Parallel Custody Plan is the Best Option For Your Situation?

You may be interested in learning more about the benefits of parallel parenting or about other custody options. Either way, you will likely need legal help from a competent lawyer who can help you and your ex find a way to coparent peacefully while keeping the best interests of the children at the forefront. The Mississauga child custody lawyers at Zagazeta Garcia LLP have significant experience helping people like you figure out the best form of custody for your children and we can help ensure that you maximize your rights. Contact us today to schedule an appointment so that we can begin helping you.