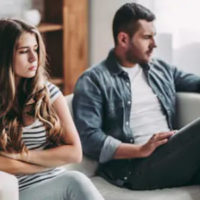 The realization that a marriage is over is never an easy concept for anyone to accept. Regardless of how miserable both spouses may be at the tail end of a marriage, almost no one enters a marriage with the idea that it will ever end and the realization that a permanent separation is imminent is difficult. However, it can be even more difficult to figure out how to move forward when you realize that not only is your marriage over – but it likely was never legally valid in the first place. This set of circumstances gives rise to the concept of an annulment.

What is the Law Concerning Annulment?

As an initial matter, the Marriage Act governs marriages in the province of Ontario and dictates that a marriage license can be obtained by any person who has reached the age of majority provided no lawful cause exists to hinder the marriage. When certain lawful causes exist, a married couple that wants to annul their marriage can do so on the basis of the Annulment of Marriages Act. Under this Act, the 1870 version of the law of England is applicable to the current annulment of marriages in the province of Ontario. Interestingly, the Act does not specify the circumstances under which annulment can be sought, nor does it explicitly state how an annulment differs from a divorce. Therefore, these determinations have been outlined by the common law.

What is the Difference Between an Annulment and a Divorce?

The contrast in the practical effect of each of these two terms is the glaring difference between them. A divorce terminates a marriage effective on the date of the judgment. In contrast, an annulment voids a marriage as though it never happened in the first place.

What Are the Circumstances Under Which an Annulment May Be Granted?

The grounds for an annulment typically include circumstances such as:

Do You Need Legal Help with your Marriage Annulment?

If you believe that one of the grounds for an annulment applies to you, it is important to obtain legal help that can assist you with examining the circumstances of your marriage as thoroughly as possible. This way, you can obtain the advice you need on the best route to permanently separate from your partner. The Mississauga divorce lawyers at Zagazeta Garcia LLP have helped many Ontario residents successfully separate from their spouses and we can help ensure that you make the best legal decisions for you and your family during this challenging time. Contact us today for a free, confidential consultation.