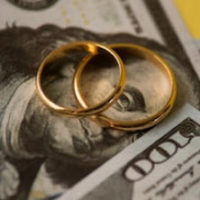 If you have been the primary financial source in your marriage and you are facing a tough divorce, it may be tempting to sign an agreement without considering how it might be disproportionately unfavorable to you. You may want to be finished with your spouse and this might seem like the simplest way to make that happen. However, a recent Ontario case demonstrates how important it is to think through every aspect of a spousal support obligation agreement.

What is the Recent Case That Addressed the Ability to Have Spousal Support Reduced?

In late 2018, the Ontario Court of Appeal addressed some fascinating circumstances in Haworth v. Haworth. This case involved the question of whether a 1991 spousal support agreement, which had granted the wife support for life at the culmination of their seventeen year marriage, should be amended following the retirement of her former husband and a substantial reduction in his income. Interestingly, over 30 years had passed since the couple separated and the wife, who ceased working after the birth of the couple’s second child, had apparently never attempted to obtain employment after their divorce. However, the husband, who had been making $250,000 and $300,000 per year at the time of the spousal support agreement, made only a $65,000 base income post-retirement.

Therefore, he argued that the substantial drop in his income should constitute a material change in circumstances such that his $4,000 monthly support payments should completely end. An earlier motion court judge agreed and reduced the wife’s support entitlement to only $1 per month after determining that the combined effect of the husband’s decreased income and the wife’s failure to look for work post-separation justified this reduction. In so deciding, this judge noted the wife’s multiple foreign travel and leisure pursuits and suggested that her standard of living had actually been enriched from the divorce.

What Was the Final Outcome?

The wife appealed the motion court judge’s decision, contending that even in the face of a material change in circumstances, the 1991 agreement was binding and could not be altered. The Appeal Court ultimately found that the wife’s failure to seek employment was not a material change in circumstances and additionally, noted the substantial time passage prior to the husband’s issue with her failure to work. It awarded the wife $850 for life.

What Can be Taken Away From This Case?

Under a review order, a stipulated alimony agreement can be reviewed within a certain number of years. While not a guarantee, this at least provides the option of the court taking another look without additional disclosure, meaning that you may be able to have your spousal support agreement modified without having to prove that your financial situation has changed.

Do You Think You Are Paying Too Much in Spousal Support After a Change in Income?

The Mississauga spousal support lawyers at Zagazeta Garcia LLP have significant experience helping people like you figure out how to ensure that your spousal support payments are proportionate to your current financial situation, not the one you had when you first separated. Contact us today to schedule an appointment to confidentially begin to figure out your next steps.