The Pandemic Has Shifted Canadian Birth Rates To A Record Low – Can Immigration Help? 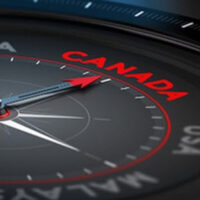 Canadians are known for a lot of things including good maple syrup, ice hockey and poutine. One thing that we are not known for, however, is being particularly reproductive and even the best maple syrup doesn’t change the facts behind this reputation. The Canadian birth rate has actually been on the decline for a while and it appears to only be getting worse.

Generally speaking, a minimum of one child needs to be born for every person currently in the Canadian population in order to maintain the same number of people. To realistically maintain a steady population, the birth rate should actually be approximately 2.1 children per woman, a slightly higher number that accounts for factors like potential infant mortality. In contrast with this, Canada is a low-fertility country whose birth rate has been steadily declining since 2008.

How the Pandemic Has Affected the Already-Low Birth Rate

In addition to the many other implications of the ongoing COVID-19 pandemic, it has apparently caused the Canadian low birth rate trend to magnify. This is reflected in recently published statistics: Canada’s fertility rate reportedly decreased from 1.47 children per woman in 2019 to a record low of 1.40 children per woman just a year later. Canada also experienced the lowest number of births and greatest year-over-year decrease in births in well over a decade. Canadians have reportedly cited everything from health concerns to secondary effects of the pandemic such as lost income and financial insecurity as reasons to hold off on having children or even decide against it altogether.

Why Immigration is a Potential Solution

Even before the pandemic, immigration was considered to be one of the keys to maintaining Canadian society as we know it. A 2019 report released by the Conference Board of Canada indicated that Canada would need to rely on immigrants to satisfy its labour needs even if Canada harnessed every single less traditional labor source, including the disabled and Indigenous people. Put simply, this means that Canada’s low birthrate would result in the population shrinking if the immigrants were not allowed to move into the country and this is more problematic than it may initially seem.

It’s not just less people – it’s also less people to stimulate the economy and contribute to the infrastructure of our society going forward. Fewer babies being born equates to fewer future workers which means that a lesser number of goods and services can be produced. Immigration therefore plays an important role which has always been beneficial for the country and will likely be more so in the coming years.

The Immigration Law Assistance You Need

Regardless of where you are in your immigration journey, you deserve to have access to accurate and helpful information that can help you achieve your goals. As the caring and knowledgeable Mississauga Canadian immigration lawyers at Zagazeta Garcia LLP, we are passionate about helping people who are here in the Mississauga area figure out how to reach their goals as well as assisting those who are still living abroad and are hoping to immigrate to Canada. You can depend on us to guide you throughout the process from start to finish as you take steps to make Canada your new home. Contact us today to schedule a confidential appointment and find out more about your individual situation.