Is Recording My Ex Helpful To My Child Custody Case? 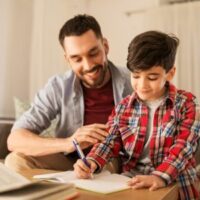 Do you remember those days when recorded video and audio was so grainy that it was hard to even make out what was what? Technology has come a long way over the years and these days, it has advanced so much that it has become common to pull out your phone and start recording any time there’s a conflict – and especially when it’s one involving an ex you are in a custody battle with. Statistics suggest that approximately twenty percent of Canadians are the child of parents who are divorced or separated and the number of divorces is unfortunately rising, meaning more and more people are having to strategize in regards to the custody of their children.

Many parents understandably assume that recording controversial conversations or actions could provide useful evidence that they might later present in front of the court to help their chances of obtaining the custody agreement they want. However, the concept of recording your ex is not quite as simple as it might initially seem to be.

Considerations for Recording an Ex

It is totally understandable why you would want to use secretly recorded evidence in a child custody case. After all, child custody disputes usually involve one parent’s word against the other and it can be difficult to prove an allegation when no one else was around as a witness at the time it occurred. Indeed, for this reason, recordings of an ex-partner can be useful in some custody or divorce cases.

In determining custody, the court performs a best interests of the child analysis. For this reason, parents typically want to submit recordings in order to show that their ex demonstrates a risk to the children’s best interests which might include circumstances such as:

However, secret recordings of your ex – including video, audio, or any other technology that can record your ex – may or may not be admissible in court, a case-by-case determination that comes down to the particular circumstances of the recording. Speaking with an experienced lawyer is the best way to determine how you can gather the evidence in your case that has the strongest chances of reaching the court.

On the other hand, remember that you also could be recorded when you interact with your ex. It is therefore to your advantage to always act as you would if the judge were present, and that goes for everything from your emails to text messages to in-person correspondence.

We Can Guide You Every Step of the Way