How Texting Can Affect Your Child Custody Case 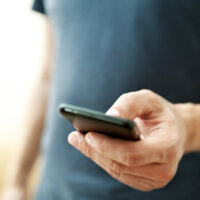 It may have been a while since you heard of someone having a house phone installed, but Canadians are in fact talking just as much as we ever have. We are just doing it differently as cell phone usage becomes more widespread. Statistics suggest that Canadians send and receive an average of 200 billion text messages every single year. With those staggering numbers, it is clear that texting has made its way into many corners of our lives. And that means that unfortunately, what you thought at the time were harmless texts that no one else would ever see can actually become a critical piece of evidence as ex-spouses are now using these cell phone records in divorce and child custody cases. Therefore, anyone who is separating from a former partner with whom he or she shares kids should understand the potentially detrimental effect that texting can have as you are trying to work things out.

Consider Every Conversation to Be Evidence

Sometimes we simply type without thinking and fail to show the social etiquette and exercise the restraint that we would in person or on the phone. Other times, a seemingly harmless text message that is taken out of context can take on a whole new meaning. Either way, it is imperative that you understand that whether you are fighting to be the primary residential parent or for weekend visits with your children, text message correspondence can be easily handed to the judge for review and considered by the court during its evaluation process. Texts that will likely be viewed negatively include those that show you:

In the recent decision in O’Connor v. Merlo, the Ontario Superior Court of Justice evaluated the many texts exchanged between parents during a nine year custody battle for their son. It noted that:

Still, the court ultimately rejected joint custody – the father’s contented choice – as an option due to the level of animosity and ineffective communication between the parents and forbid them from texting in the future.

We Can Help You Communicate Appropriately and Effectively

This area of family law raises some important questions and many of the answers will depend on the particular circumstances of each case. If you have questions about ensuring that you are communicating with your ex appropriately, you should make an appointment to obtain legal advice on how to overcome any harmful evidence you suspect your ex may try to use against you. As the Mississauga child custody lawyers at Zagazeta Garcia LLP, we will do everything in our power to achieve a desirable outcome for you in your child custody case. For experienced and compassionate legal guidance in your child custody case, contact us today for a confidential consultation.