How A Criminal Fraud Conviction Can Affect Your Immigration Status 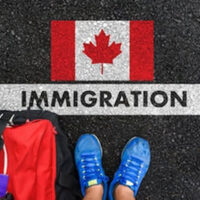 Canadian immigration is a rather complex process and it can be challenging to obtain the legal status you are seeking in the first place. It may seem inconceivable that after finally gaining the immigration status you want, this status can still be placed in jeopardy. This is especially true if you find yourself on the wrong side of accusations of criminal fraud that lead to a conviction.

The Federal Court recently upheld an order deporting a woman who has been a Canadian permanent resident since she was a child. Adina Harms-Barbour lost her immigration status after more than forty years in the country following her release from a prison sentence. She just finished a four year stint behind bars for a conviction associated with forging fake documents and cheques in order to acquire mortgages (she acquired more prison time during her stay in addition to her initial sentence).

The conviction of a serious crime can carry many implications, but many people are not aware that immigration status can be among them. This is the case because the law makes clear that there are multiple circumstances in which a permanent resident or foreign national may be inadmissible to Canada. Among other grounds upon which deportation may occur is the offense of serious criminality. An immigrant can unfortunately find themselves under this umbrella following the conviction of a crime for which the maximum term of imprisonment is at least ten years or where the person receives a prison sentence of six months or more.

In the situation outlined above, Harms-Barbour is still a German citizen despite residing in Canada as a permanent resident since 1975 when she was just seven years old. She apparently never obtained Canadian citizenship. While permanent residency and citizenship may seem to be equivalent in day to day life, there are important distinctions when it comes to how people with these respective legal statuses may be treated under the law. Most importantly, citizens cannot be deported from Canada – but as shown in the example above, permanent residents can. If you have any question about whether you will be able to maintain an immigration status due to a change in your situation, you should obtain legal help as early as possible.

We Can Help You Achieve Your Immigration Goals

You should always strive to remain vigilant and honest throughout the immigration process and to avoid engaging in behavior that could be interpreted as being fraudulent or criminal. In addition, retaining the assistance of a representative who is experienced in handling immigration cases can help you ensure that you eventually obtain – and keep – the legal immigration status you are seeking. As the Mississauga Canadian immigration lawyers at Zagazeta Garcia LLP, you can turn to us for help if you have questions about your immigration status no matter what circumstances lead you to that inquiry. Contact us today for a consultation.