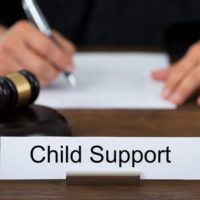 Most of us can agree that child support can provide an irreplaceable source of income to help financially support a child as he or she grows up and it is typically not a surprise when a court requires the noncustodial parent of an underage child to pay. However, the question of whether child support is an option becomes a much more unanticipated one when the children are no longer children, and/or when one parent chooses to retroactively ask for child support payments because the child’s other parent did not pay enough.

So what happens when one parent seeks to obtain retroactive child support from the other?

As an initial matter, it is important to understand that Canadian family law, section 15.1 of the federal Divorce Act generally allows a court to make an order requiring a parent to pay child support for any “children of the marriage”. This means that, unfortunately, the support-recipient parent is unable to obtain child support benefits if he or she waits until the children are over the age of majority or no longer dependent to pursue them. However, a 2017 Ontario Court of Appeal decision called Colucci v. Colucci shook things up when the court considered the related question of whether a parent can apply to the court to vary a child support order, even after the children stop being “children of the marriage”.

In Colucci v. Colucci, the Ontario Court of Appeal considered the court’s authority to make or change child support orders even after children are too old or too independent. In that case, the father of two children who had been ordered to pay child support eventually fell into arrears of more than $175,000, during which time the former married couple’s two children reached the age of majority. The father brought a motion to change the child support order retroactively, and have his arrears rescinded on the ground that there had been a change in circumstances based on the prospect of a significant decline in his income as an unskilled labourer. Ultimately, the Court found that it did indeed have jurisdiction to vary an existing order even after the children were no longer dependents, and he was granted a retroactive reduction in his child support obligations.

Interestingly, the Colucci former couple recently resurfaced in the Court of Appeal in 2019. Most recently, the father in that case was seeking leave to cross-appeal from the costs order awarded to his appellant ex-wife. However, the court in that case was much less sympathetic to his plight and did not ultimately side with him.

Do You Think You’re Entitled to Retroactive Child Support?