Can an Ex-Spouse Pursue Spousal Support and “Damages” Under the Civil Process Instead of Under Family Law? 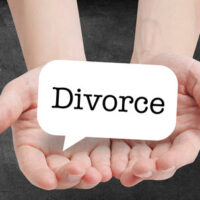 In Conroy v. Vassel, the court contemplated a defendant’s motion to strike the plaintiff’s civil claim as an abuse of process or alternatively, because there was no basis for a cause of action against her. The plaintiff (husband) in that case was a self-represented party who had both a law degree and a degree in medicine. He had worked in Ontario as a medical doctor until he had a serious accident in 1999 that left him unable to work for three years. Increasing problems between the then-couple heightened in 2007 when the defendant (wife) discovered that the plaintiff was involved with another woman in Columbia. The plaintiff moved out the following year before informing the defendant that his girlfriend was pregnant and he wanted a divorce. The parties retained family law lawyers in 1999 and the plaintiff subsequently discharged his a short time later and began representing himself.

In an unfortunate turn for the plaintiff, he was subject to an investigation by the College of Physicians and Surgeons of Ontario that led to a determination in August 2009 that he was not fit to carry on his medical practice due to mental health problems. He subsequently filed for bankruptcy in April of 2010 and the parties negotiated a separation agreement in early 2010. Among other stipulations, the defendant agreed not to file claims for retroactive spousal support.

However, after being discharged from his bankruptcy in April 2012, the plaintiff began threatening the defendant with legal action. By August of 2017, the plaintiff had filed a claim for civil damages against the defendant that in relevant part alleged that she’d refused to cooperate in calculating and paying spousal support.

In response, the defendant filed a motion to strike the plaintiff’s claim because she alleged in relevant part that:

The court ultimately agreed and struck out the plaintiff’s claim. While it gave the plaintiff some slack for his inexperience, it also found that this wasn’t justification for the plaintiff’s noncompliance with the legal process. Instead, it agreed with the defendant that this misguided attempt to obtain spousal support by filing a civil claim for damages equated to an abuse of process. The court ordered him to pay $7,500 in costs.

Interestingly, the plaintiff then appealed both the ruling and the costs award instead of filing an application in accord with the Family Law Act and Rules as advised by the court. The appeals court reduced the amount of costs down to $2,500 but left the ruling in place and agreed that the plaintiff was pursuing compensation in the wrong manner.

Let Us Lead You Down the Right Path.

As the Mississauga divorce lawyers at Zagazeta Garcia LLP, we help you undertake the right actions to ensure you get the results that are best for you and your loved ones. You can depend on the help of our compassionate legal team and focus on the future while we work to help you get there. Contact us today to begin.